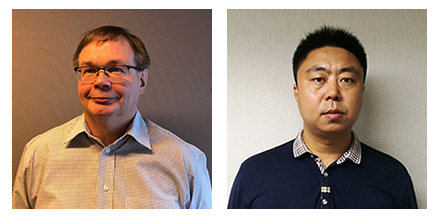 During the turn of the year both the Finnish and Chinese branch of Fiellberg have gained new members:

Heikki Kauranne started as a Technology Manager with Fiellberg Oy in January 2019. He is based in the Vantaa Head Office, where he is working on our product development. He is currently focusing on green energy and hybrid tech, specializing on wave power-based applications. Heikki graduated as M.Sc. (Tech) in 1988 and Lic.Sc. (Tech) in 2003, both from Helsinki University of Technology (today part of Aalto University). In 2013 he received a teacher qualification. Since his graduation until the end of 2018 he worked in the aforementioned university, acting as an assistant, a laboratory engineer, a researcher and a university teacher.

During his university career Heikki has participated in numerous research projects, prepared project applications, designed and implemented test installations, conducted large measurement programs, performed in-depth data analyses, and wrote several scientific publications. He has also actively developed hydraulics teaching and written a textbook on the subject. His main interests in the field of hydraulics research have been pumps, electro-hydraulic actuators, and energy-efficient systems.

Meanwhile in China Changbao Qu joined our ranks in late 2018. Responsible for quality assurance and production in FFT, Changbao has worked with mechanical equipment and hydraulics for almost two decades. In addition he has worked as a DNV-trained internal auditor in the past, experience which he will most certainly be using in his new vocation.

We welcome both of our new people to the growing Fiellberg Family!